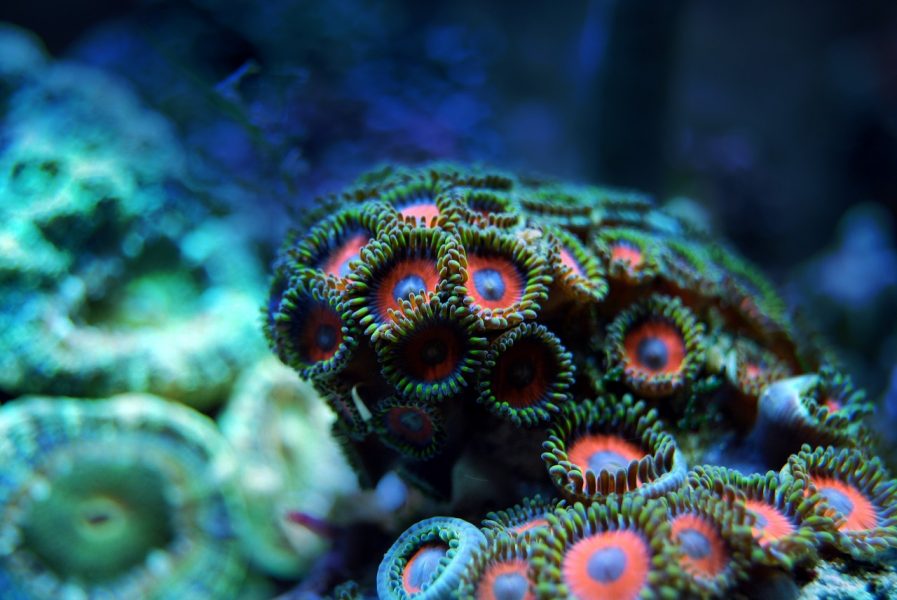 Under the rippling waters of the world’s oceans, an incredible ecosystem lies at the bottom with colors more brilliant than any on land.

The coral reefs of our world are slowly dying off thanks to climate changes and the carelessness of the human population as a whole.

Seeing coral reefs in person, diving down to the depths to behold this breathtaking sight, is something you shouldn’t miss when you go diving.

The best coral reefs around the world

If you have yet to dive in a coral reef setting, do it now before you lose your chance. You’ll find living coral reefs around the world. Here are some to see.

You simply can’t discuss coral reefs around the world without talking about the most famous of them all.

The Great Barrier Reef is still a living coral reef, though it has suffered some. Home to hard and soft coral, it is a bucket list diving site for many divers and one that should be seen before it’s too late.

The Philippines has been working diligently to protect and save the surrounding reefs. There are over 400 protected areas in the waters here.

The efforts made for conservation and restoration have helped prevent further depletion and have even seen the rise of snapper, sea fans, and table corals.

Diving among the reefs here is a very popular activity, one that will reward you with stunning visuals.

Next to the deserts, you might find it unusual that the coral here is thriving. Marine biologists explain that this is thanks to the nutrients that come from the neighboring desert lands along with the constant current.

Currents help clean coral as well as bring zooplankton for the coral to eat. Here is where you will see a sea full of beautiful coral, alive and well!

For honeymooning couples that dive, there’s no better choice than Fiji.

The dense reefs here are filled with both hard and soft corals, forming stunning landscapes of underwater worlds complete with tunnels.

Some of the best experiences can be found off Beqa, though the others are nothing to sneeze at.

For true diversity under the water, Palau in the South Pacific is one of the most resplendent.

There are over 700 different species of coral to marvel at here, making it a must-see for anyone who wants to see living coral reefs in their purest and most unadulterated form.

Quite honestly, if you want to discover uncharted territory, this is the place to do it because the tourist track isn’t mucking through here as much as it is in Fiji.

Because of the lack of development on the islands here, the coral hasn’t been impacted by the destruction of humans and is an unspoiled and gorgeous place to swim amongst the corals.

What’s remarkable in the reefs on Grand Cayman isn’t the antler corals, though those are surely spectacular.

It’s the spawning that takes place in September and has been described by divers who’ve witnessed it as something akin to a magic trick. However, even if you can’t make the trip to catch the reproductive display, the coral here is stunning with bright hues that will make your jaw drop.

Found at the Wakatobi Resort, this beautiful reef is just minutes away from the docks and features over 500 different species of coral.

This island has been protecting the coral since 1998, and the results are incredible. It’s here that you’ll discover all types of coral said to be the size of small boats. Imagine seeing brain coral and table coral that size! Don’t dream it, just dive it and see it for yourself!

Since 1996, the waters here have been protected long before this place became a huge Mecca for cruise ship drop-offs and partying college kids.

On the southern tip of Cozumel, you’ll find Palancar Reef, a place with Elkhorn, tube, table, and great star corals. The biggest formations are only accessible if you’ve got an Advanced Open Water certification though, but even if you don’t, there is still much to see here in these protected waters.

While these coral reefs are being protected and restored, there are many others that are being destroyed around the world. Do your part to help protect these magical ecosystems and while you’re at it, reap the rewards by gently exploring them.

Jennifer Raskin is an internationally-published writer who loves travel, dining, wine, and weightlifting. After living abroad in Asia for 6 years, she once again resides in her home state of Florida, where she's spent a great deal of time on the sand and out in the water.

Cool places to get scuba certified

One day of scuba diving in Cozumel

Ningaloo Reef: A Pearl in The West